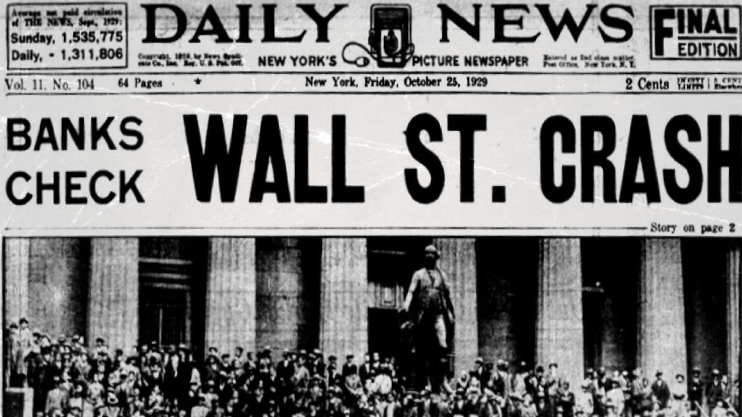 There is one good thing about the great economic crisis in which we find ourselves: it broadcasts visual instruction on the capitalist system, under whose rule people can starve to death in addition to full chafing.

People want to feel, not to hear. An example, and one of your own, is better than ten sermons. Even the example is generally not sufficient if it remains isolated. It has to be repeated and repeated again. At the end of the last war everything was full of disgust and rejection of the madness of genocide following the principle of reverse selection. Never again war! Today, that impression is half forgotten. There is a new war going on in Europe, which will be worse than the previous one. Maybe that will be the last one, or the penultimate one.

Also from the current crisis, the “greatest Great Depression for half a century "(Julius Hirsch), some believe it will bring about the final collapse of capitalism. We do not want to be so optimistic; but so much is certain that she helps to prepare him. Not teaches thinking, asking, doubting.

“Should it not be possible in the twentieth century for the human spirit, which solves almost every technical problem with ease, which constantly devises new methods for increasing the wealth of goods, to create an organization of the economy that enables trouble-free development and all people too really enjoy this wealth of goods? ”So ask Max Weber in the Swiss “structure” and will certainly ask some who otherwise do not deal with problems of economic theory. A pastor from the Stuttgart area, not a socialist, writes in the chronicle of his congregation published by him at the end of the year: “... In addition, an order must be found and established, according to which the one does not glorify and the others starve, according to which the well-being of whole people and each individual and not profit and enrichment is relatively less the authoritative and decisive factor. ”So exactly what we have been repeating here for eleven years. And Hugo Borst, the former commercial director of Robert Bosch AG., also a socialist, attended the meeting eight days ago "Stuttgarter Tagblatt" said: "It is ... at the moment perhaps the last test of the sustainability of our present-day individualistic capitalist economic order ... Economic forms are also changing and developing." However, he continues: "I do not think that we are already at the end of ours today stand ”,“ because our current weakness and poverty mean that we do not have the strength to create a completely new, better order. ”

This reasoning may or may not be right; In any case, the sentences quoted prove that even in the capitalist camp itself, in order to use a military expression, the morale of the troops begins to waver. And that is by no means unimportant. If the representatives of a system no longer believe in it, then this contributes as much or more to its end than the attacks of the opponents from the outside. Remember the political end of the Wilhelmine Empire, which was so easy to overthrow 1918 because it had already given up its appointed defenders from within.

The demonstration lesson by example is more effective than any theory. And twice as effective is the example, if it is supported by a counterexample. If it is true that Russian five-year plan To change this year to the fact that the production and distribution of consumer goods, which have since been postponed in favor of heavy industry, will now come more to the fore, this could be a clever move by the Bolsheviks, especially in view of today 's misery capitalist countries.