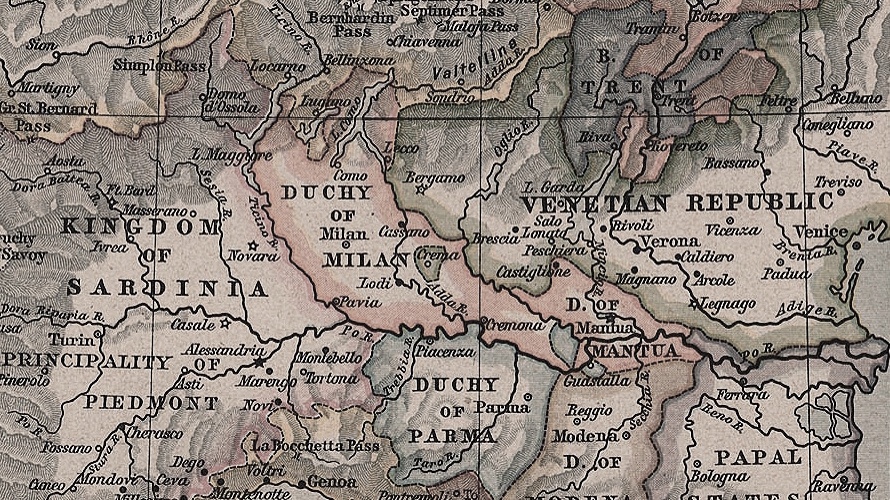 In the Valtellina, not far from the Bernina, on the Swiss-Italian border, lies the small Swiss village of Carajone. It consists of 16 houses and has about 100 inhabitants. As the Veltlin in the year 1794 the "Cisalpine Republic"And on this occasion a new map of Graubünden was drawn up, it happened that Carajone was not marked on this map, for it was connected with the rest of the civilized world only by isolated goat walks and therefore overlooked. Only in the year 1863, at the determination of the Italian-Swiss border, the village was rediscovered and struck the community Bruzio, for which the Confederation of Confederates 17 900, the canton of Grisons 3600 and the inhabitants of Carajone 1420 Franks had to pay "entrance fee".

Until then, for 69 years, two generations, Carajone had never belonged to any state. Its inhabitants had lived without laws, paid no taxes, had no military service, no school and no pastor. Infant baptisms and marriages were, if necessary, carried out as a matter of neighborly kindness by Italian clerics.

The Frankfurter Zeitung, which tells of this oblivious place, calls the decades-long statelessness and "independent existence" of the Carajonese a "happy case".

So it would be no misfortune for a church not to belong to any state? Apparently, the people of Carajone thought so, otherwise they would not have endured for 69 years without a state, without a law, without taxes and without an authority that would have cared for the "state mindset".

Whether the good Frankfurter Zeitung has probably considered that with its news "from the world and life" it has directed water to the mill of the anarchists, who surely are not close to it? That this story is suitable for softening, if not dissolving, the rock-hard notions and concepts of the state that have been inoculated into us?

So, so you can live without state and law? Without eating up? Without missing something? But the "national feeling", where is that? Is not that perhaps? and the national "concerns", are they just an excuse for something completely different in the end?

Too bad that it has been so long since the end of Carajonesian independence. Otherwise, next year, I would go there one day to the summer resort and interview the natives about the Golden Age, which places some in the past and the others in the future, and that seems to have been present in Carajone not too long ago.