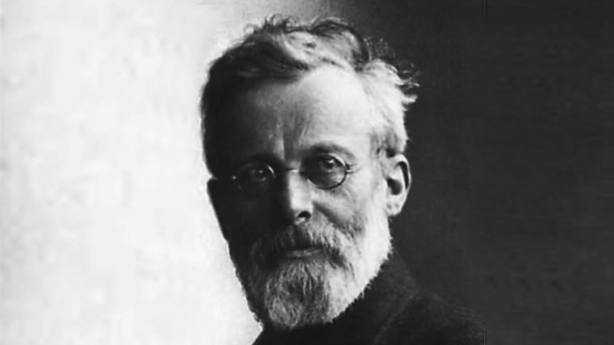 Six years have passed since Christoph Schrempf died. If it had befallen him like GB Shaw to survive himself, then he would today be ninety years old, and the newspapers would bring articles about him: not because he Christoph Schrempf, but because he was ninety. At a very old age even uncomfortable contemporaries become venerable.

Since Schrempf is now dead, it almost seems as if he had already forgotten him. His books are not bought much, you hear. The people have different interests. Was not he a nerd, that original Pietist and deposed pastor who refused to accept the Creed and spent his whole life thinking about his relationship with God instead of letting him be a good man? This theologian, who took his profession so seriously that he believed, at least in religious matters, that there should be no dishonesty sanctioned by tacit agreement, no rule of convention, in good German: no lie, even though it seems so pious? Who has time for theology today and the desire for such discussions?

Maybe, or should we say: hopefully it will happen again that people have the time and the desire to take seriously the "last things" seriously. In ten, twenty, thirty years; then Christoph Schrempf will one day be rediscovered and celebrated as a great religious thinker. His thoughtful examination of traditional Christianity will make a sensation, not only in its content, but above all in its particular form: Schrempf is the first theologian to have overcome the scholastic method in his field.

Whereas in science, for example, objectivity, the detachment of tradition and personal authority have long since been permeated and taken for granted, the so-called humanities are still sailing in the deadlock of accepted tradition and stale concepts. They are, as Schrempf says, a continuation of existing opinions with a sidelong glance at the matter, rather than going the other way round, at most with a sidelong glance at the opinions that already exist about them. This is the method of the antischolastic and antiromanticist Schrempf. What others, what predecessors have said about God and the world, they call her as they are, take care of him only after he has examined the matter itself and has become clear about them. And in this investigation there is no piety for him, no consideration of any kind, no stopping at any barrier except the one set for cognition itself. Theology has really become a science in Schrempf, a contrast between theology and philosophy no longer exists for him. The terms that are inherent in each are no longer different, but they have new content. "Religion stops in the relationship to the real God; the relationship to the real God ends in religion. "

One understands that it is not for everyone to move in this air. If you dare, we recommend the three-volume selection from Schrempf's collected works, which Otto Engel published some time ago [1950 ...] in the Frommann'schen Verlag: “Religion without Religion”, price 24 DM; if you don't have that much money, read Schrempf's "Menschenlos" (5 DM) or "Vom public secret of life" (6 DM), also from Frommann'schen Verlag.