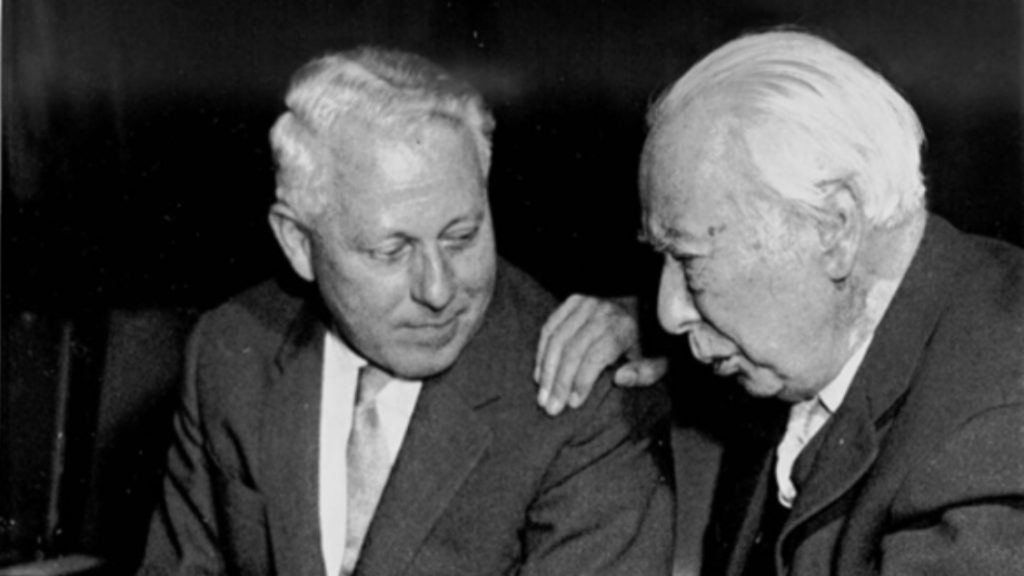 "Eberle, who does what she needs." The initial contribution of Schairer, who had already passed away when the foundation was donated, deserves to be remembered.

The early fifties had the Owner of formerly important Cotta Verlag - once a publisher of German classic and post-classic, then only a shadow of itself - seen forced to stand out from theirs Manuscript archive to separate. It contained over 100.000 letters of inestimable source value, including hundreds from Goethe and Schiller, from Wieland, Kleist, Fichte, Schelling, Hegel, Wilhelm and Alexander von Humboldt, from Uhland, Mörike and Fontane, around 600 manuscripts and artwork, 150 packages with proofs and publishing contracts. Schairer had already learned of the intention to sell in 1950, and when the question became acute in 1952, he was able to convince Eberle that the "Stuttgarter Zeitung" should provide 200.000 DM from its surplus for the acquisition of the archive in order to protect it from being scattered through individual sales . Two years later they added the Cotta book, newspaper and magazine archive to the manuscript archive. Such a “nobile officium” could only be understood from the outset as a fiduciary, and this “pantheon” (Theodor Heuss) made sense Schiller-Nationalmuseum in Marbach as a loan. In 1962 - six years after Schairer's death - the archives were converted into a foundation and became the property of the museum. At the same time, they formed the basis for building the German Literature Archive Marbach.

The fact that Schairer and Eberle jointly [...] secured the Cotta archives for the public could lead to a consonance between two Dioscuri think. In reality, however, tensions and disagreements dimmed the relationship. Already the most physically robust, Eberle prevailed on many issues, and since he survived Schairer for three full decades, offered him many more opportunities to remain in the memory as the actual publisher of the "Stuttgarter Zeitung" and author of the Cotta Foundation.

Already 1961, when former Federal President Theodor Heuss held the ceremonial speech on the occasion of the handing over to the Schiller National Museum, concluded: "Eberle, which in fact does her good," generously ignored Schairer's initial participation.

Posted by Martin Hohnecker For this:

"His" Best Performance "he did not name editorials like" Ave Regina "welcoming the British Queen Elizabeth. No, the best thing 1952 had been buying the Cotta archive.

The joke about it: Partner Erich Schairer, a linguistic father figure, had had to persuade him to make this investment. But when the loan to the Schiller National Museum became a donation, Schairer no longer lived, and the praise of Federal President Heuss belonged to one alone: ​​"Eberle, the fact you guet deserves!" He accepted the title of Professor honorary, his own vanity mild ironic, on. From then on, he let himself be dubbed "Herr Professor" by the editors. "