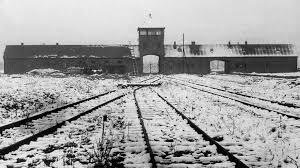 Clearly sees who sees from afar;
Misty, who takes part.

[StZ vom 31.12.1946] Professor Friedrich Wilhelm Förster, the well-known pedagogue and pacifist, had published an essay on "Moral Preliminaries of Peace with Germany" in the "Neue Zürcher Zeitung" in which he warned the Allies against trusting Germany and to take it into the circle of nations before it has really seen and regretted its giant crime and morally reformed. For the time being, nothing is yet to be discovered. "When did you ever hear that a ruthless robber and his accomplices, one year after the arrest, and without the slightest sign of a change of heart, are seriously invited (meaning Churchill's pan-European proposal, the Red.), together with his victims to found a club for the protection of public order? "

Förster quotes a word from General Haushofer from the year 1941 to an American journalist: "You can be sure that in case of a defeat from the first hour after the ceasefire we will think day and night of nothing but the preparation of the next war." German. The criminals and their blind followers had not regretted anything and given up nothing; they were determined to resume their plan as soon as possible "by other means and allies".

That is why it was absolutely necessary to treat Germany severely, to deprive it of the material and spiritual foundations for an attack, thus to destroy primarily its war industry and prevent any propaganda for the old order, and none of the compromised agents of the old Germany To leave office and honor. Everything is lost if "the current practice continues and the Allies compete for the Germans, even if they are Nazis or Pangermanists."

Does Professor Förster agree with his pessimism or not? It is not easy to answer this question.

It is true that the Nazis in Germany are by no means eradicated; that their spirit lives on, especially in some important places, in the economy, in the judiciary and in the universities; that they are almost unteachable and only understand violence.

The fact that the majority of Germans are already thinking about preparing for the next war is undoubtedly greatly overruled. But did the majority want the last or the penultimate one? Wars have always been made by minorities. The majorities then followed them, and those who are not afraid to face reality will agree that even today a majority of the German people would not be able to prevent a war that a minority would be powerful enough to begin; even if this majority today will reject it widely, that it wishes for or expects a war.

The great political task of the Allied Powers is to prevent a new war on which the Nazi elements in Germany may hope again today. The condition for this is that the Allies agree among themselves; that they manage to continue to peacefully balance the conflicts of interest between them, which the defeated Nazism believes they can expect. That would take the wind out of its sails; Of course, he can no longer start a war as long as Germany is occupied by the allied powers. He might then not die overnight, but slowly over time, because he would be deprived of the soil from which he could feed.

Whether Herr Förster is on the right path with his moralizing approach and with his pedagogical recipe of rigor remains an open question. We consider the nationalism with a negative sign, to which his attitude seduces him, just as wrong as the positive one. Old Abraham, who wanted to save Sodom and Gomorrah, even if he had only five righteous in his walls, was probably not just a friendlier to humans, but also a better politician.

Today, we all pay for what the Nazis have done. That is in order. But we do not want to be lumped together with the Nazis, as Förster does; and moral sermons are not as educational as the famous pedagogue seems to assume. It could be that too much collective rigor in the treatment of a defeated people provoked the opposite of the intended effect: increased nationalism, fading Nazism.

So it might have been better if Herr Förster, somewhat less Old Testament, had found some mild tones and advised the Allies not to chastise the militant Nazis in Germany with scorpions instead of rods, but to be merciful to the mere followers and the many others, whose only guilt is that they are still alive.

"Has not the German nation," Förster writes, "committed a collective, gigantic crime that is unequaled in the whole history of mankind?" Certainly, it was a huge crime that had happened; almost as big as a Genghis Khan or Tamerlane. But may one say that the "German nation" has committed it, thousands and thousands of which can assert and prove that it was not committed by them, but on them?