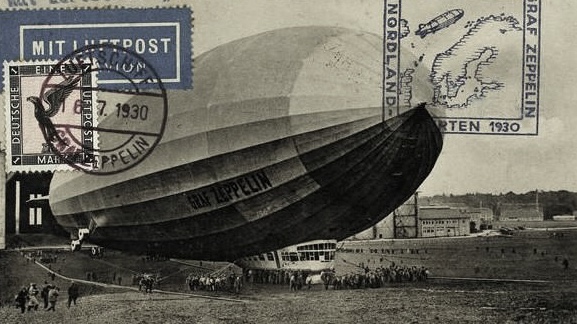 As I write these lines, the airship "Graf Zeppelin" lays back the last part of its world tour. If his fortune remains faithful, he will land safely in Friedrichshafen. For three days, Eckener will be able to revel in the feeling of being the most celebrated man in Germany, and certain of our fellow-citizens will terribly get angry at the fact that the enthusiastic Americans do not at least undertake the immediate annulment of the Young Plan because of this achievement of the German people , Only one question will be asked even rarer than ever: does airship construction ever have a future?

At the risk of being regarded as a grumbler and a pessimist, I must deny this question even after the latest record trip. I do not think of reducing the invention of Count Zeppelin or of belittling the achievements of the builders and the leaders of the youngest or the former airships. But the invention of the steerable airship has been overtaken by a fate which has already met with other excellent inventions: in the midst of its development it has been overtaken by a better one, that of the airplane. A short comparison should make that clear again:

1. Airships of the "Grafen Zeppelin" design are extremely expensive, especially by German standards. We never really found out what such a colossus actually costs. In any case, dozens of quite stately aircraft can be built for the millions spent. These are capable of carrying hundreds of passengers with a crew of just a few people. The airline giant, on the other hand, is known to hold barely twenty travelers, for whom a staff of around 50 men is necessary. For this reason alone, the airship must always remain a decidedly luxury vehicle.

2. The modern metal airplane is a pretty tough thing. It can be housed in every shed, can start almost without any help, and land on any tatter. It has made itself independent of wind and weather in an astonishing degree. Gasoline and oil, its only consumables, are available in the cultivated lands in every village. The awkward and fragile air giant needs to its accommodation enormous, expensive halls, which should possibly still be rotatable. Take-off and landing are only possible in very favorable weather conditions and require hundreds of trained crews and accordingly huge airfields. Almost to the age of technology reminds of the compulsion to blow before each landing significant amounts of expensive filling gas just in the air.

3. If you also want comfort and elegance on your air travel, you will be just as pleased in a modern large aircraft as you are in an airship. In speed, the Zeppelin remains behind larger aircraft. Not even driving safety surpasses the modern plane. A journey across the ocean is still a risk for both for the time being. The only advantage that I can still discover on the airship at the moment lies in its wider range of action. But before airships have come to benefit more than a dozen of their beloved contemporaries, perhaps the airplane will have overtaken him.

Of course, these considerations, which are becoming more and more apparent from year to year, must have been employed in Friedrichshafen as well. What drives gentlemen to continue their cures on the dead patient? In addition to the fear of "dismantling", above all, a ghost that causes enough harm elsewhere in the German countryside: the tradition that must be continued at all costs.

I'm curious what Dr. Eckener, the undisputed advertising world champion, will do, even if the enthusiasm about his latest performance will be abated. Well, it's his thing. In spite of my 40 years, I think I'll still see that, if not with this one, then with one of the next airships, what you can do with a well-preserved carcass: stuff it and put it in the museum.