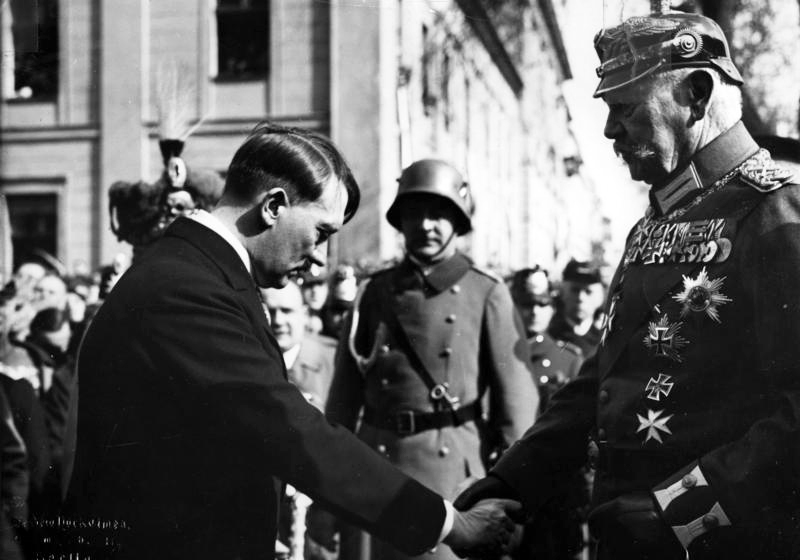 The German Reichstag is on the 21. March met with an unfamiliar ceremony: to bury himself.

The story is rich in irony. But a parliament that turns itself off in this way, a parliamentary sanctioned dictatorship as the current German: this is really not a commonplace event.

It can be said today that in a few weeks Hitler has come a long way, for which Mussolini took about as many years. It is hardly exaggerated.

The expectations that some people had placed on the Center before the last Reichstag elections quickly turned to water. The center has not made use of its “key position”. Without the center, even after the expulsion of the communists (which was to be expected from the beginning) there was no majority in the Reichstag for a constitutional amendment enabling act available. If the party of gentlemen Kaas and Brüning had refused to issue such a blanket clearance, the government would not have had their hands completely, at least not so quickly released, to now four years unlimited control over Germany.

(While this is being written, the dice have not yet fallen, but you know how they will fall and may risk talking about the future in the past.)

What may have been agreed in the discussions that preceded this solution on the part of the Government Hitler and the Center?

Would it be easy for the men who had been decisively involved in German politics for fourteen years (the center was politically, if not numerically, for a long time the strongest party after the war) to have given up so completely? Whether they are aware of the responsibility that this renunciation means?

Has the panache of the national uprising cast a spell over them? Did you want to give the new men who have so much planned a "chance"?

The government can now work like none before it. The former Reichstag, with its majorities paralyzing any purposeful activity, is a thing of the past. One can understand that a prime minister must be happy to have this block off his leg. One could even allow a man full of energy and fruitful ideas to be able to move his arms. But…

The Reichstag of the last years was an impossibility. He was really worth sinking. The horse-trading of government formations, as we have so often experienced, was a disgusting spectacle. But is not any Reichstag really better than a bad Reichstag?

It was the Reichstag itself, to be sure, that the Weimar Constitution has led to absurdity. As a governing body he was simply useless in the German party structure. But, gentlemen from the center, isn't it very dangerous if he is now also switched off as a supervisory authority? [...]