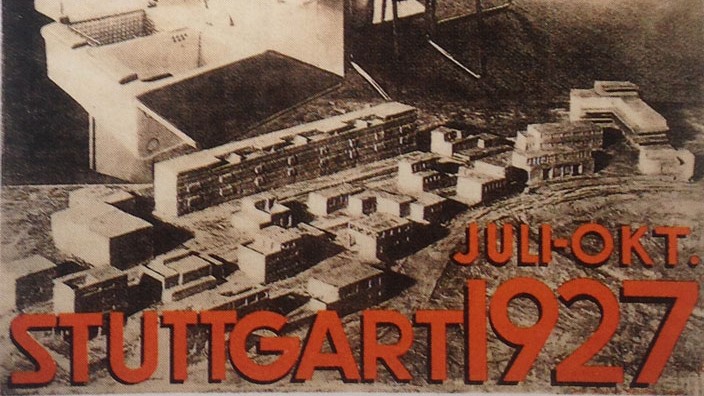 Nobody tell me anything against the old houses. I grew up in one; I have spent beautiful hours in old rural vicarages and small town houses.

What were there for magnificent large rooms, for huge, bright staircases with comfortable ascent, for huge corridors (we say eagle with us), for infinite stages (you tell floor space with you), two, three on top of each other, for eerie, deep and good cellar! There was space in the old houses! Of course, there were also temples and angles, dark alcoves, musty chambers, abortive abortions. But that did not matter, in general one did not need to stop there. It was in good weather so much outdoors, you had the garden by the house, and in the woods or in the water it was five or ten minutes. Bathroom, no, none was available. But you manage yourself. You did not bathe so much back then. It was not considered as necessary as it is today.

Of course, those apartments did a lot of work, especially in winter, when it should be comfortable. Strong maids were needed, and they had little free time. On Saturdays, when it was cleaned, people liked to avoid it; the best thing was to travel over the big spring or autumn cleaning. But the housewives and housemaids did not know otherwise, and strangely enough still had time to raise half or even a dozen children, to cook wonderfully, bake, put in, sew, mend, wash, and in between coffee-bites, butcher's soups, and fabulous Bowling to arrange. You had time in the old houses.

Today we live differently than then. We have no more time, and we sit in clusters in the big cities: we have no room left. Garden by the house, work in the open air, walk in the green after work, children who frolic in the grass or sit around the big table in the evening: Who knows that? One third of us, soon it will be half, are fabulous things. One may regret it so much: it is so. And that's why we need other houses.

What we have built in the cities and suburbs in the last 30 years in homes and furnished apartments, are stunted, ugly, misplaced attempts to maintain the old style of living and design. Today's metropolitan apartment is a crippling of the old country apartment. From the large rooms have become small, from the hallway a dark corridor, from cellar and floor space each a piece of shed, from veranda or balcony a birdcage, from the garden behind the house a flower stand with Zimmerlinde. What remains are chambers, angles, lightless spaces; and there is the fathers 'and householders' council, which is stuffed into the narrow apartment because it seems indispensable. Insofar as it has not remained, it is reproduced by a diligent industry, only a few degrees worse, tasteless, and impractical than it used to yield a honorable craft. In today's average "bourgeois" city apartment, it is unbearable from junk, dust collectors, curtains, ghastly wallpaper, impossible furniture and pictures.

Whoever feels that, and gradually many of us are among us, for whom the Werkbundsiedlung has been built on the Weissenhof near Stuttgart. 33 houses, partly single, partly double and terraced houses, also a real "tenement" is included. The builders are a number of more or less famous modern architects, Poelzig, the two Taut, Behrens and others; Foreigners, a Welscher Swiss, a Belgian, two Dutch are there.

This exhibition, even though one may have so much to expose to it in detail, is a redeeming act, for which the Werkbund and the city of Stuttgart deserve thanks and appreciation. Here you can see that we are finally about to build houses and apartments as they are in our time, where today's people can feel comfortable. They are houses made of new material (wood and bricks back against concrete, iron, artificial stone) and new, unfamiliar forms (all with a flat roof). They have many and large windows, small but bright rooms with movable walls, few side rooms, no cellars, no floors, built-in wardrobes; no wallpaper, no porches, no superfluous furniture; everything is smooth, simple, practical, easy to clean, close to each other. The appalling term "room decoration" no longer exists; for that, the color comes to the walls in honor (about which the gray philistine particularly eagerly shakes his head). If I say this summarily, I ask the reader not to say that all the houses are a type. They are very different, from the almost old-fashioned Behrens to the revolutionary Le Corbusier; from the very small terraced house, whose most outstanding solution was found by the master builder of the city of Rotterdam, Oud, to the almost lush family house of a Schneck or Gropius.

Public opinion and the press are, as one might imagine, quite uncomprehending about the exhibition. The experts tell you on every finger the mistakes that have been made that cling to this or that "solution". Of course they are right. It is full of mistakes; Fundamental and serious questions such as heating, weather and water protection, durability are far from convincing or final. But that is not possible; this requires years, decades of experience. And one-sidedness, exaggeration, as one finds it, are inevitable in any propaganda.

What the laity have to expose: in these houses no "family life" is possible, one should have no children, one should not get sick and not die, and the like, also agrees on the whole. Only it is addressed to the wrong address. The urban man of today has no family life anyway. He has no children or very few, and most of them would be better off growing up in a boarding school than their parents. He is born in the clinic, and when he gets ill he comes to the hospital.

If we still had conditions like a hundred years ago, then we didn't need a new type of construction. And where such conditions still partially exist, namely in the country, one will probably not build in the same way as on the Weissenhof. But where they no longer exist, in the modern metropolis, in future people will build and live as shown there. That's what it's all about, and that's why the Werkbund exhibition is so valuable and important.

Perhaps this point would have become clearer to many unsuspecting minds if the exhibition management in Figura had shown instead of just a poster how the old apartment looks next to the new one. In the midst of the "crazy" Werkbund houses would be a performance of some "normal" Bautiger stand; and the living spaces in it should be set up exactly as they are in most cases today. It would have been possible to seek advice from Mr Pazaurek, the creator of the atrocity cabinet in the Landesgewerbemuseum. Thus, by example and counterexample, the purpose of the enterprise would have emerged sharper; and the exhibition would have been enriched by a huge attraction.

Too bad that that did not happen. One would have sold such an "old house" among the new probably shiny. And if not, fifty thousand marks would have been worth the fun.