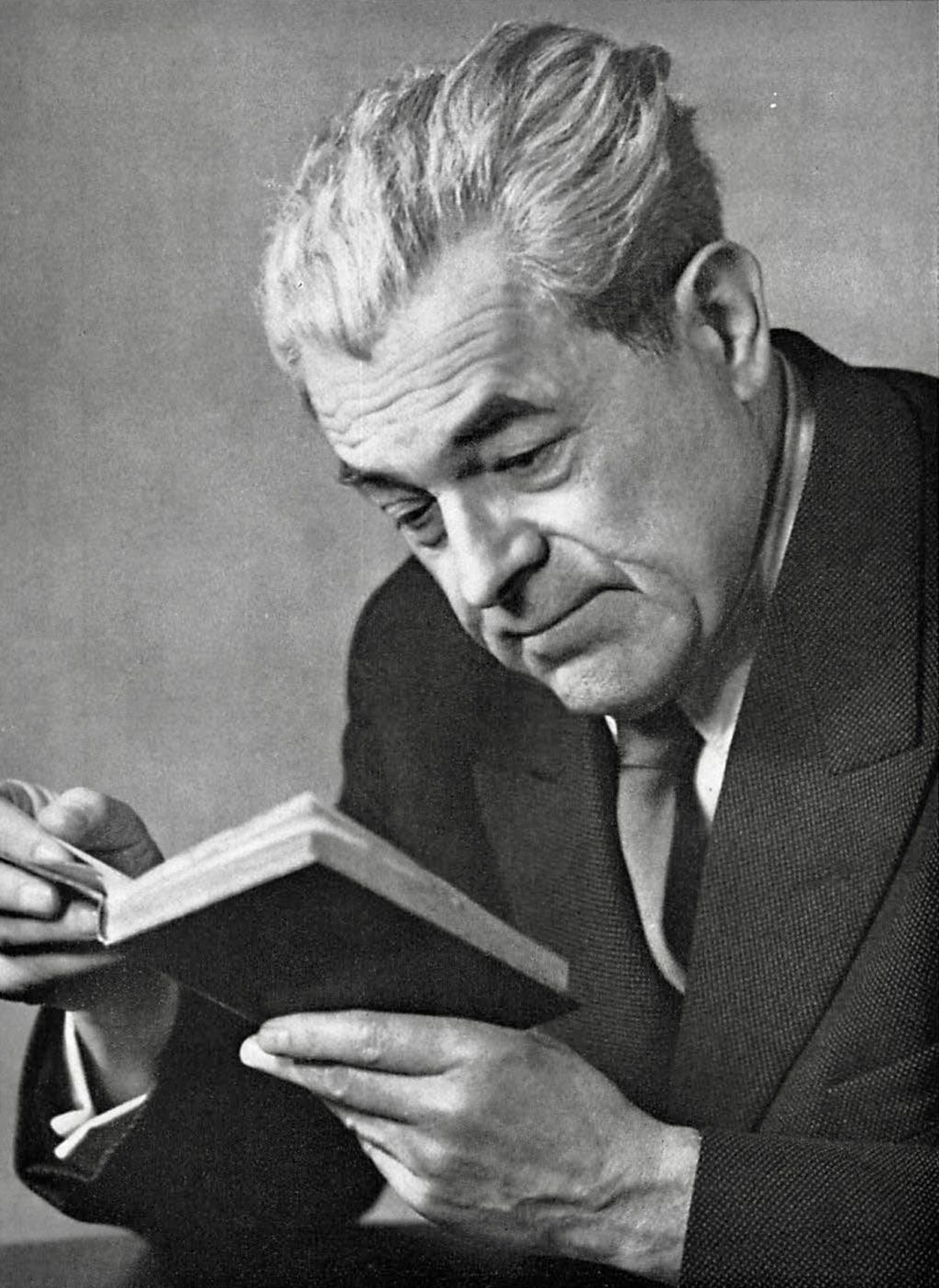 It has been more than eleven years since we gave Erich Schairer the last escort at the Stuttgart Forest Cemetery. Our circle of old Blaubeurer seminarians 1903 / 05 has since become smaller, so small that it is almost impossible to summon it. We were so happy that we had Erich Schairer back in our midst after World War II, as often as we got together. When old friends meet, it says, "Old love does not rust," and even though we have gone their separate ways for decades, life has kept us together, sometimes in very strange, indeed distressing circumstances. His friend loyalty I experienced especially in the winter 1903 / 04, when I had sprained my foot when sledding on the special book Steige, so that I had to lie in a plaster cast for eight weeks. At that time he provided me with so faithful care in the infirmary of the seminary as no one else, and I can still see today how he carried my night-chair out to the room, though with a slightly rumpled nose. For that we also consumed the cakes that my mother sent me, according to the recipe he had once put into the verses: "Here comes a cake, sweet and big, he (the seminarian) already believes in Abraham's lap However, he suffers greatly, like the law of divisibility. With the knife and in a hurry, he makes many, many parts. And in the end there is still much, if he has a molecule left. "Later Erich crossed out the verses; he was always like that: sharing, helping, yes - but not wanting to specify. Do good, yes - but quietly.

But I'm attacking. What inspired us together was the love for our poets Eduard Mörike, Gottfried Keller and others. Maybe I still had some knowledge of him then, from my literary home, but what attracted him to Morike was the clear and the genuine, the unadulterated beauty of his poetry. When we met again after World War I - at the 21. May 1919 - he had come on foot from Heilbronn to us to Neuenstadt am Kocher and we gave him on the way back to Cleversulzbach. At the grave of the poet's mother our friendship was kindled again. I often wondered why Erich Schairer did not come out literary. He had what it took. Even today I read with delight his witty "Mathematical Romance"he contributed to our Christmas pubs 1903. None of us had ever written anything so witty, imaginative, dry mathematical concepts playfully circling. But his future was journalism, and his ambition was to write a good, clear German and, if need be, educate others too. (Please refer "Five minutes of German"! No wonder, the real and solid schoolmaster put him in the blood of the father!)

Once I have felt his critical vein for my own salvation. At the time, I wrote to him at his request for his "Sonntagszeitung" small stories, events, as they occur in the life of the pastor again and again. In a letter from 20. July 1920 - I still own it today - he wrote to me: "This time you get back your story. Editors do not give reasons for refusing manuscripts because the authors are then mostly offended. I would also like to have spoken to you verbally about the "bird's nest", because when I write my criticism, of course, it comes out wild and heartless. But who knows when I will come over again ... (follows a detailed criticism.) Finally, he writes: "Well, please do not be angry with me. Consider this intentionally sharp criticism as proof that I take you seriously. Tell your dear wife too that she should not withdraw her goodwill from me now and do not refrain from showing me your next story. Otherwise I would have to regret having torn down the bird's nest and not sent it back with any excuse ... "

That's how he was. Honest, straightforward, through and through truly. That's why he also left the church service and soon fell out with the "Neckar newspaper". He could not make a killer pit out of his heart. They knew what they were about. He also made no secret of his socialist attitude, certainly not in a small circle. He was glad that he found understanding with us for his ideas. From time to time he sent us new brochures about Marx, Engels, Lasalle, "for orientation."

It must have been in 1941 that he appeared with us as a “wine traveler”. We didn't know what had happened before; we had only heard that he had been banned from publishing his newspaper. He didn't speak of it himself. Even later, when we visited him in Lindau, he avoided any political conversation. And yet they were unforgettable weeks with his family. He himself worked hard in the garden and taught us how to fight the "Werren" (mole crickets). At that time we saw him at the train station in Lindau in the red cap, with the tablet waving the driver to leave. That too is part of his image that he yielded to his fate, no matter how harsh it might be with him.

Thank God, it was different again; but even after the great change he remained for his friends the one he had always been, our Erich Schairer.

There must still be something about it. When I said at the beginning that we had gone our separate ways for decades, I mean his militant attitude towards Christianity and the Church, yes, even to religion in general, as he says in his book "Impiety" expressed. It was an outspoken script with the merits and disadvantages of such. If we read it again today, many things seem outdated. However, one can not say that of the basic thesis from which he started: "Christianity is preached, but it does not live". Nietzsche and others have already raised this accusation, and Christianity must always remain conscious of it. Schairer added something else: the rejection of the personal concept of God and the dialogue with him. But one would actually have to read his little book from the back to recognize the effort he gave himself, despite everything to understand the Christians of today. His theses about God remind us in many ways of the book of the English bishop Robertson: "God is different". The chapter "Religious break" Schalter's little book contains positive statements such as: “There will one day come a tent where one can again talk about God and religion without being misunderstood; like we talk about the sky or sunrise today. Then, I think, one will also dig up the whole Christian treasure trove of language and thought and use it freely ... The Bible is an inexhaustible treasure trove of wisdom and truth; one will know how to appreciate them again one day.

So he was in search of "God"; not an absolute denier of God, but his statements about God had to correspond to the knowledge of modern man, and he demanded of the Church that she fully truthfully approve of this. When I last visited him on his sickbed and deathbed, his last words were: "There would be nothing more to say." He preferred to remain silent about God rather than talk about him.