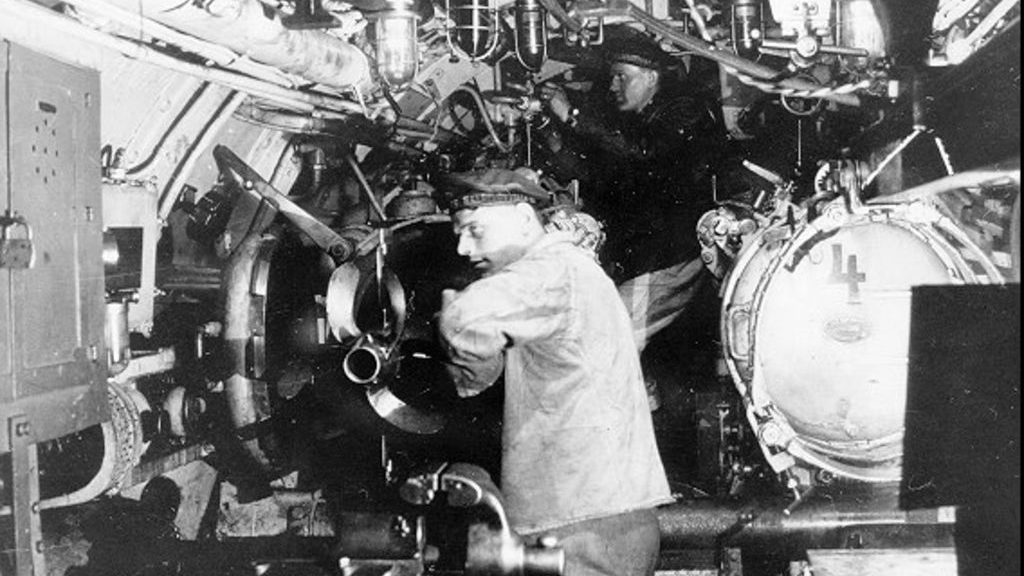 Report of a hero

On June 9, an obelisk was unveiled near Kiel, one side of which bears the inscription: “The day will come when law will triumph over power!”, While another read: “In the World War from 1914 to In 1918 there remained 5132 heroes and 199 submarines ”. Heroes - can you say something about that?

These five thousand U-boat people were all heroes. And not because it happened that they had the misfortune to fly their barges into the air or to plunge into the sand and mud of the seabed, but because everything that was in uniform at that time was a hero. The soldiers of the Great War have all been heroes for four years in the jargon of their gravediggers, the manly fatherland friends, and today, when the national stalwarts celebrate, they are still heroes. What is behind it? Something very simple: a people honoring their heroes honor themselves; If one declares the people of the men who carried arms at that time to be heroes, then the nation becomes a nation of heroes, namely a nation of heroes, and all the warriors of war, war profiteers, intercessors and profiteers are included, sanctioned and ennobled. Heroes, heroes, as far as I can see! The whole hall stinks of them.

I have been a professional hero for four years, and have already protested modestly (not as a pacifist) against this attribution of heroic title to 1918 in the then most significant piece of the youth movement. So I'm allowed to go now too.

We were not heroes. For four years we have been under duress, threatened with obfuscation and imprisonment, grudgingly and internally desperately engaged in a dirty, grueling and mean work called war. The wages were set according to the tariff; she was shamefully small and exploitative: for 53 pfennig cash money a day had to deliver his life. That was true for the common workers, the lower heroes. The upper heroes, the men's war officials and directors, of course, got a decent salary. She was disproportionate to ours.

We heroes were cowardly. Bravery was carelessness; we refused. Brave were only the young substitutes - on the first day. They came, covering their heads to show their friend and foe they were not afraid, they had burst and been heroes. Their comrades learned of it promptly and were fundamentally untapfer like us.

In the beginning, when people did not yet know what war was, and thought they were rushing to the hunt in a spirit of intoxication, it certainly happened that the field grays ran into the enemy fire out of lust and love. That soon came to an end, there were hangovers for more than three and a half years. Black, congealed blood, yellowish-white splattered brains, wounded people who shout “Mother!” For hours (not even thinking about their own pain) - the illusion goes quickly. A dead person who is not buried is a carrion, rots in front of your eyes and stinks for a long time - the intoxication quickly gives way. Later, before storm attacks, we got plenty of schnapps to make us heroes again; it didn't do much good. During these four years we have been afraid in a way that you others can never imagine; I too, of course, scared out there, and often enough. Do you sit down in a mud ditch or in a hole in the ground while a drumfire rises over you like a hailstorm! You sit and wait to see if it hits you; you cannot do anything, you just have to keep still. If you are unlucky, in the next instant you are headless or carved into your components or blown, shapeless dirt under dirt. And then wonder if you get scared, you with the buzz of enthusiasm, the heroism!

How do you imagine the heroes! “Patrol!” - and everything is already splashing, and the aspirants are full of noses to be allowed to join. Disc! Patrol was a normal working day function, and if you could avoid it, you did it. If you hero cuddles only knew how to search and beg until the few men you had to take with you as a patrol leader were together! None of your heroes wanted. The shelter was safer, after all; and besides, they wanted to sleep. Because we slept day and night. Your heroes cursed and cursed when they received official orders to come along, argued and refused. (In your patriotic brain that means, I think, mutiny or at least disobedience or cowardice before the enemy. With us heroes it was natural and natural.)

Often enough we did our patrols the next morning: on the registration form. One day our company leader, the hero Oberleutnant N., was not satisfied with the horror stories alone: ​​he demanded once and for all that wire be brought from the Russian mess. Private P. was the first to do it, he soon became a non-commissioned officer. From then on, the rest of us delivered our piece of Russian wire every day: behind the position, under a dozen German wire coils, there was also a Russian [...]

Your heroes, dear people, went out of fear, bent on the latrine and sat crouched on the pole; they did their business in a hurry and often buttoned their pants at home in the better protected trenches.

We heroes are by no means singing into the battle, as those legendary children of 1914 should have thought. We cursed and scolded when we had to storm ourselves, or when an enemy's attack was imminent, and hoped for only one thing; that it might affect the other, and even if he was our best comrade.

We heroes looked at each other curiously for every bite of bread. We stole poultry, bread and pigs from the farmers. One of our chief heroes won the love of women in France by holding a revolver. We heroes ate all the dogs we could catch, including the battalion leader's. Many of us heroes got drunk as often as possible, common heroes and superiors. (The common ones were punished when it got out.) Many have faked a gonorrhea by introducing a bar of soap in order to at least get into the hospital, and many have gotten a real sexually transmitted disease on purpose. Many played the wild man, some simulated madness for two to three years until the war was over.

We were forced heroes. You wanted to blackmail heroism from us and delivered what you deserve. Only for the big mouth, which you still cause mischief, you have the reward yet. It has not been stuffed yet. But maybe that will come.