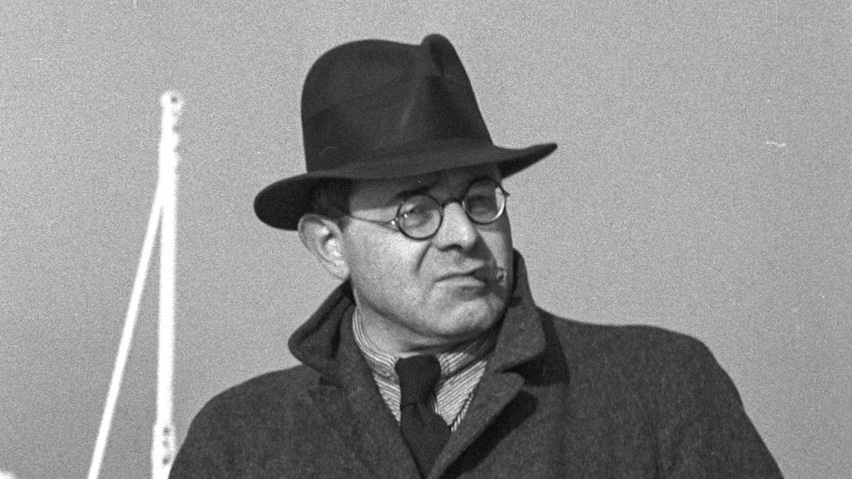 To the 100. Birthday of Erich Schairer

Article by Martin Hohnecker in the Stuttgarter Zeitung of the 5.10.1987

As he 1919 because of socialist sentiment, the editor-in-chief at the Heilbronner "Neckar-Zeitung" he founded his own newspaper: the pacifist-radical-democratic "Sonntags-Zeitung", which refused to appear for years. When 1936 urged the National Socialists out of the editorial board, he put a job application in this very journal and then got involved as a wine representative. When the war was over, he found himself as co-editor of the "Stuttgarter Zeitung" in the old profession again and made for clear comments and pure German. Now that Erich Schairer 's birthday is celebrating its hundredth anniversary, the Heilbronn City Library an exhibition dedicated to: "1887 to 1956, life and work of a publicist" (see StZ of the 1 October).

Will scraper, once a volunteer at the "Sonntags-Zeitung", had arrived from New York to characterize his former boss Schairer as "creative rebels" at the opening of the exhibition: "Better to write cat-sober than pompous - he did not abandon this principle. Bad style, he said, is the result of blurred thinking. "

So Erich Schairer from 1946 to 1954 with the editors of the "Stuttgarter Zeitung", so he demanded it from his former Sonntagsblatt employees. in the Heilbronn German Order Once again they are present in words and pictures: Walther rathenau and "Godfather Blaich" aka Dr. Owlglass, Josef Eberle, Hermann List and Hans Gerner, the graphic artist and cartoonist. In addition a lot of personal: Schairer as vicar and as a Dispatchers am Lindau train station; much written, from the ridiculous poem to the editorial "The Reinsburgstraße"who had once excited many Stuttgart citizens; many memories of friends and colleagues: Friedrich Naumann, Theodor Heuss, Reinhold Nägele, And of course Schairers verbal warnings: "Beware of exaggerations and superlatives ..."

The library director has more than four hundred objects Hans Ulrich Eberle for his hitherto most extensive exhibition compiled. This mosaic does not just show the contours of a newspaper man. It provides an insight into the Württemberg journalism between 1920 and 1960 and Schairer's share in it. Upright journalistic walk: here he can be visited.

The Documentation of the exhibition in der City Library Heilbronn from the 2. until the 31. October 1987 you will find > here.