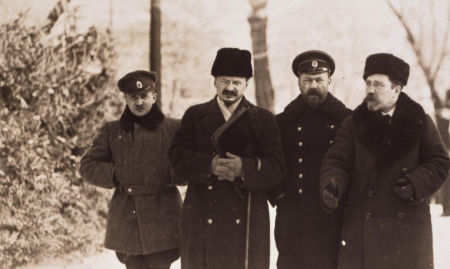 After 1918, a process of displacement quickly set in. In the depression over the defeat in the west, one completely forgot how euphoric one had celebrated the peace treaty in the east six months earlier, which once again seemed to open up the prospect of an overall victory. And in the general outrage over the “shameful peace” of Versailles, one deliberately overlooked the fact that Germany had imposed conditions on revolutionary Russia against which the Versailles “dictate” looked milder. >> read more