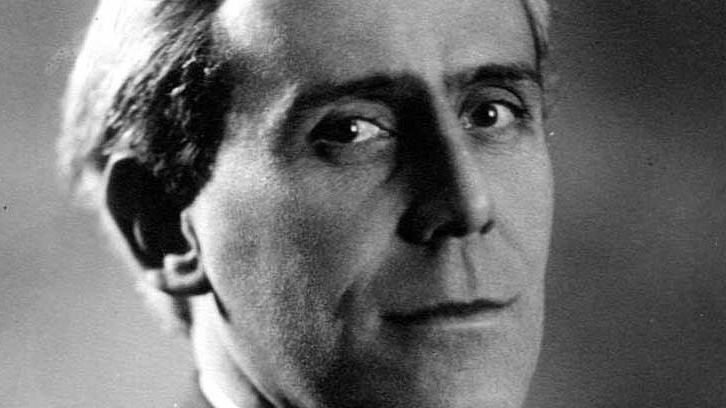 On the sociology of political murders in Germany

The decay of political customs has produced in recent years in Germany a mass phenomenon that was previously completely unknown: the political murder, In the three years 1919 to 1921, 378 murders of Right and 20 of links have occurred. In this way, almost all the leaders of the extreme left have been eliminated by unlawful actions, but not a single right-wing leader has been killed.

How is this tremendous difference of 378 murders of right against 20 from links to explain? In my opinion, it would be wrong to say that the leftists are morally higher. The real difference between the parties is, in my opinion, not a moral but a technical one. The left-wing supporters have gone through decades of union training preaching mass action as the only effective weapon. For the leftist movement is based on the materialist conception of history which emphasizes the economic and technical factors as factors acting in history. The right-wingers lack such union training. It is a question of maintaining the anarchic economic system characterized by the words "peace and order". And this goal is matched by individual means that are identical in their effect to the anarchist "propaganda of action." For the right is a supporter of the heroic conception of history, according to which the hero "makes" history. Accordingly, the Right is inclined to hope that it can destroy the Left Opposition, which is supported by the hope of a radically different economic order, by eliminating the leaders. And she did it: all leaders of the left, who openly opposed the war, to which the workmen had the confidence Liebknecht, Rosa Luxemburg, Eisner, Haase, Jogiches etc. are dead.

Undoubtedly, the effectiveness of this technique for the moment. The left has no more important leader, no man of whom the masses have the feeling that he has suffered so much for us, dared so much for us, that we can trust him blindly. This has undoubtedly thrown back the working-class movement years, so that there is no doubt about the momentary effectiveness of these methods.

The success of these murders is the greater, as no punishment has been made. The relatively few attacks against reactionaries are all atoned for by severe punishment. Of the very numerous attacks against men of the left, however, not a single one is expiated. Good faith, misunderstood orders or ultimately craziness were always grounds for apology, as far as a proceeding took place. Even if it is proved that the murdered person was uninvolved, the following playful legal game develops. An officer gave an order that could be understood: Spartacists are to be shot. The subordinate shoots people whom he considers Spartacists, and is acquitted because he could be believed to act on orders. He is therefore acquitted for "putative-partyism". Just like the lieutenant v. Forster because of Putativnotwehr. But the officer is not intervened. For the command either did not sound that way, or, if he said so, he was not a service order.

This incredible leniency of the court is well known to the perpetrators. Therefore, the political murders in Germany today differ from those formerly common in other countries by two moments: their massiveness and their impartiality. After all, there was always a certain degree of determination in political murder; there could not be denied a certain heroism: the perpetrator risked life and limb, flight was only possible under extraordinary strain. Today, the culprit risks nothing at all. Powerful organizations with widespread confidants throughout the country ensure shelter, shelter and material advancement. "Well-intentioned" officials, police chiefs, give false "right papers" for any necessary trip abroad. One lives in the best hotels wonderful and in joy. In short, political murder has turned a heroic act into an easy source of income for "quick-determined buyers."

That this would be impossible without the perhaps unconscious assistance of the courts, is obvious. This my thesis is also represented by most right-wing radicals. Often one can read there sentences such as: "It is a pity that the traitor so-so" (a pacifist who can not be said in criminal matters even the least) can not live in Germany, but in another country. Unfortunately, the arm of punitive justice can not reach him like Erzberger. "So you can not murder a political opponent who lives abroad. But not because it would not be technically possible, which is not the case, but because there is a risk there, fined to become.

In spite of these terrible facts, I do not necessarily want to affirm the assertion that the German judges are consciously bending the law. Although they let go of 300 murders unpunished, but I would like to plead for mitigating circumstances for them. They lack the awareness of the criminal liability of their actions. From the old days, when today's economic system was unconditionally protected from outward attacks, and where the supporters of the right-wing parties undeniably form the upper stratum, the idea that this caste could produce a series of undisputed murderers and assassins is unimaginable to them. If a supporter of the left-wing parties is murdered from the right, the judge's psyche can not detach himself from the fact that the murdered man was his enemy and should have been severely punished by his conviction that the murderer was really just punitive justice was pre-empted and was therefore mild to treat. Thus, it often happens that at the trial not the murderer but the murdered man is morally in front of the judge. But the murderer belongs to the same social class, the same life as the judge. Innumerable social ties link the murderer officer and the judge who will acquit him, the prosecutor who will stop the trial, the witness who describes the escape attempt in detail. They are flesh of a flesh, blood of a blood. The judge understands their language, their feeling, their thinking. The judge's soul subtly resonates with the murderers under the heavy mask of formalism. The murderer goes free. Woe, if the murderer is on the left. The judge, who himself belongs to the formerly upper classes, is familiar with the idea that this economic order must be protected. Is based on her own position. And every opponent of this economic order is reprehensible in itself. The defendant is capable of any outrage. And if he can even be approximately convicted, severe punishment is his sure lot.

The right eye - German law enforcement officers have already failed in the fight against terrorism from the right. The man who showed them this, number by number, was Emil Julius Gumbel. Germany did not thank him. Article by Benjamin Lahusen in DIE ZEIT No. 7/2012 47 from the 9. February 2012 https://www.zeit.de/2012/07/Gumbel/komplettansicht

The documentary "Statistics of Crime - A Mathematician Against the Nazi Regime" is dedicated to the life story of EJ Gumbel - statistics professor, publicist and pacifist, one of the most prominent opponents of fascism and the emerging Nazi regime.

Gumbel was involved with Albert Einstein in the League for Human Rights, wrote in the 'Weltbühne' and researched terrorism from the right, was friends with Ossietzky, Tucholsky, Feuchtwanger and Heinrich Mann. He was the first professor to be expelled from Germany by the Nazis. The Heidelberg scientist had to go into exile in France as early as 1932, and in New York in 1940. Every statistician still knows the “Gumbel distribution” and his extreme value theory; his fight against Nazi ideology, on the other hand, has been forgotten.