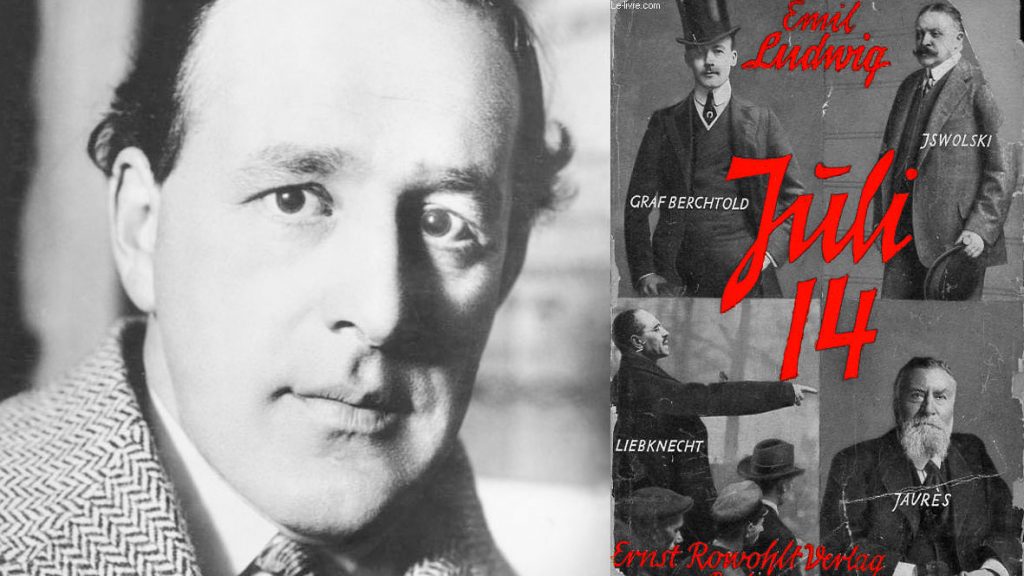 On the 28. July 1914, in the morning 11 clock, has with the Austro-Hungarian declaration of war against Serbia started the great war that one [1929 ...] is used to calling it a world war a little prematurely. The evening before, there was a certain ambassador for the German Social Democrats Hermann Müller went to Paris to suggest to the French comrades to protest in the Chamber against the war, in the same way as the Germans wished to do it in the Reichstag. It was the same miller who not quite five years later, in June 1919, signed the Treaty of Versailles as German Minister of Foreign Affairs, and who, after fifteen years, is today the German Chancellor. His then Paris Mission was doomed to failure because the party friends at home had meanwhile had to change their mind. We "slipped" into the war because there was no one to stop him.

He would have been stopped, if not by the Social Democrats. Now, better than all those who have honestly studied the files since then, a master of representation has once again proved to us: Emil Ludwig in his book "July 14", Anyone who has read it will hardly be convinced of the German "innocence" anymore. Unfortunately, those who would have to read it first, our academics and students, should be so careful not to read. But one should no longer argue with any so-called educated person about the "question of guilt", which does not know Ludwig's book.

As the main culprit considered and treated Ludwig the then Austrian Minister of the Foreign Counts Berchtoldwho threaded and instigated the war. As you can see, he intentionally leans back a bit on the German participants. But perhaps only to not disturb the factual impression, which is all the more imposing on it: that Wilhelm and his diplomats have to bear before history the decisive responsibility in the unleashing of the cadastral.

Responsibility? Have the war makers on all sides really been responsible at all times? Did someone hold her accountable? Has a hair been bent? Two of them, not the guilty ones, subsequently found a violent end, the Tsar and Count Tisza. Nothing has happened to anyone else, neither in life and limb, nor in wealth and public validity. On the contrary!

That is the most shocking thing about reading Ludwig's book: to see how the diplomatic craft is dangerous only for its objects, for the masses of the peoples, while for the exercising subjects it is nothing more than an exciting game with characters. (Likewise afterwards the military: the headquarters did not fire at each other, the field marshals are not on any casualty list.)

Is a job where your own risk is nil, while the lives of millions are being sacrificed and sacrificed, are actually an "honest" profession that deserves respect and admiration rather than contempt and disgust? Can a Count Berchtold or a Count Pourtales even shake hands like other decent people? How could such people bring themselves to show themselves in society, to live on as if nothing had happened?

In ancient times, the rulers at the head of their droves moved into the field and were the first to open the fight. The decision was up to them, their lives were their priority. Commanders and diplomats who did not win, waved the silken string, the court-martial, exile or harakiri. Barbaric customs, right? But good.

Could not that be reintroduced? Could one not actually blame the statesmen for what they do?

"If Europe does not want to be plunged into another war, all countries must pass laws that deprive any minister involved of the gas mask. Then you will suddenly get along. "

Let us add the words "and parliamentarians" to this sentence of Emil Ludwigs, and we would no longer need a pacifist movement if it were to be valid.

The full text of the book "Juli 14" by Emil Ludwig can be found here: https://archive.org/details/Ludwig-Emil-Juli-1914