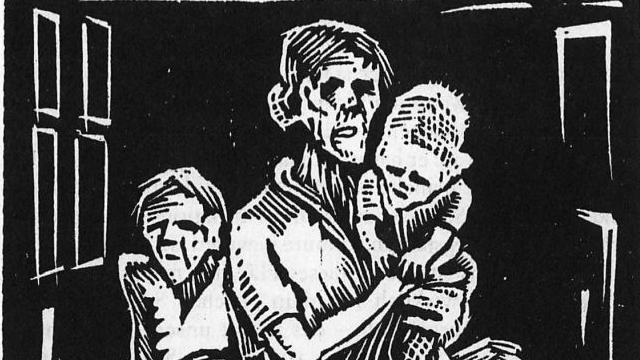 In an address to representatives of the upgrading organizations, Mr. von Hindenburg said, among other things: “By and large, I am far from this question ... I have lost my fortune myself. If I hadn't had my pension, which was sufficient, I would have had to go hungry too. "

Just think: he almost starved too! What heroism! He almost learned how the main part of the people, at whose head he stands, felt during the inflationary period and even before that, during the war years. Almost - about the hair; but that's it; It is this little hair that makes the difference: that they are never completely and really seized by the same fate as the rest of the people - that separates our rulers, authoritative and prominent ones from the people. You always just sit in the cinema and watch the film "Die Trödie Deutschlands" run. Where our people die on the open stage, there they sit with the rest of the people outside Germany as spectators.

Herr von Hindenburg almost starved. And he is naive enough to hold that against those men who have come to ask him for help because they were starving, really starving, very prosaically and without the pathos that lies in such an “almost”.

Herr von Hindenburg had his pension; "And that was sufficient". A true word! Truer than all army reports that the Hindenburg company has ever sent out into the world. Has the German hero with the sufficient pension and the upgraded Reich President's salary also asked himself whether the pensions of his "heroes", the muscats, who were wrecked in the World War, are also "sufficient"? Oh yes, Mr President: by and large you are far removed from this question. You have to agree with you [...]